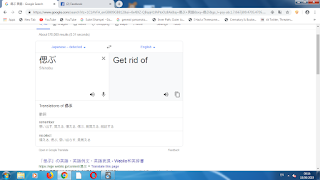 Interestingly google gives opposite meaning for positive verb.
Posted by joshuagibbstranslator at 16:21 No comments: 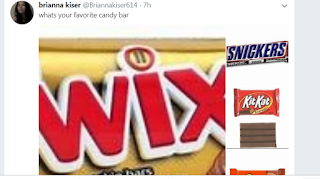 I wouldn't call chocolate candy...g
Posted by joshuagibbstranslator at 15:27 No comments:

The Emirates, home of Arsenal FC in London, is an expensive place to get into.

What is the difference between a stadium and a ground in English football?

Carrow Road in Norwich is what you’d call a football ground.
This is something I thought I had all figured out; ground is simply what British people call a stadium. Not so, I am beginning to understand. As with many things, it’s a bit more complicated than that.
One way of getting at this is to think of a stadium as a thing and a ground as a place. So a ground is where you would find a stadium, as well as a pitch and a carpark and club offices, etc. The stadium, then, is just the thing people sit in to watch the action on the pitch — and all of this happens at the football ground.

The Emirates Stadium, home of Arsenal FC, from a flight into London. Not exactly on a high street.
But I have heard another, subtler way of looking at it. I asked someone today about where to eat down by the Crystal Palace stadium, and she said I should use football ground instead. Her explanation was that Sulhurst Park, home of Crystal Palace, is a football ground because it is a place in a neighborhood. So for example, although she is not a football fan, she knows exactly where Selhurst Park is, and she can use it as a reference point or landmark.
“Something like the Emirates,” she said, “now that’s a stadium.” Seems the thinking goes like this: a ground isn’t as grand or modern as a stadium, and it’s rooted to a part of town — indeed is part of the community. But a stadium like The Emirates is something recently built, with nothing else around it really. Another person in the conversation said, “Right, so Wembley is a stadium, but Selhurst Park is a football ground.”
Maybe the best way to explain this is that a football ground is a place you might walk past on a non gameday, to get a pint or something. But you would never, in your ordinary life, just find yourself walking past a stadium like Wembley or the Emirates.
At least, I think that’s how it is. For now.

Posted by joshuagibbstranslator at 15:21 No comments:

one of the people who wanted kanji in the exam

i remember the Japanese guy who taught me apologising to me for the university allowing electronic dictionaries to be used in exams.  This meant that my then brilliant knowledge of kanji wasn't displayed...

I am glad I tore my degree up and gave it back.

I learnt Japanese with my ex-wife and by myself. I was pleased that K H said I could read 2000 kanji and I was pleased when I learnt Kanji Gold.

The degree I received was worthless.  One of the smartest things I ever did was studying French to English translation under Alexandre Coutu.


Posted by joshuagibbstranslator at 15:19 No comments:

when i was a t university they made no attempt to teach me anything.

I passed the translation agency tests by myself and now I am in debt.


If I had just got my degree I wouldn't have been able to translate from Japanese and French into English, I did it all by myself....


I hate the education system and would love to see it reformed.
Posted by joshuagibbstranslator at 06:47 No comments:

Life after being dead inside

University was a life ending opportunity for me when I spat at people and threatened to kill people most days.

I had no money to socialize and became involved with street gangs and drugs.

I self-destructed and almost got myself killed.

On one occasion I was beaten up in a gym only to go out and pick a fight with three bouncers, get hospitalized, get thrown out of A and E, go back into town and then attack the bouncers again. I then went to the gym and saw the same bouncers there training.

This was not what I hoped for from my degree.

My wife left me due to my failure to be rich. I didn’t really care as she compared me to someone who went to public school.

I also branched into ebay trading and worked for an antiques shop as well as importing stuff from Turkey.

I now do matched betting and have a very positive life.  I am learning how to trade on the stock market.

In the future I aim to study languages again however much university effected me.

I aim to continue with chess but to play less games online.


Posted by joshuagibbstranslator at 06:28 No comments:

joshuagibbstranslator
Tuesday, 24 May 2011Introduction My name is Joshua and I am a translator. I am interested in language and publish many photos of linguistic oddities on triond. I started off studying languages seriously at 15 and my interest has took me around the world, earnt me a letter from a world leader, introduced me to new cultures, earnt me money and more importantly helped me to make friends. I am always innovating new ideas. I learnt French and Spanish to A-level standard and started studying Japanese seriously three years ago. I learnt 2000 kanji and am now studying patent translation and trying to master Japanese grammar. Language is an important part of what I do and I am often seen around Liverpool taking pictures of signs.